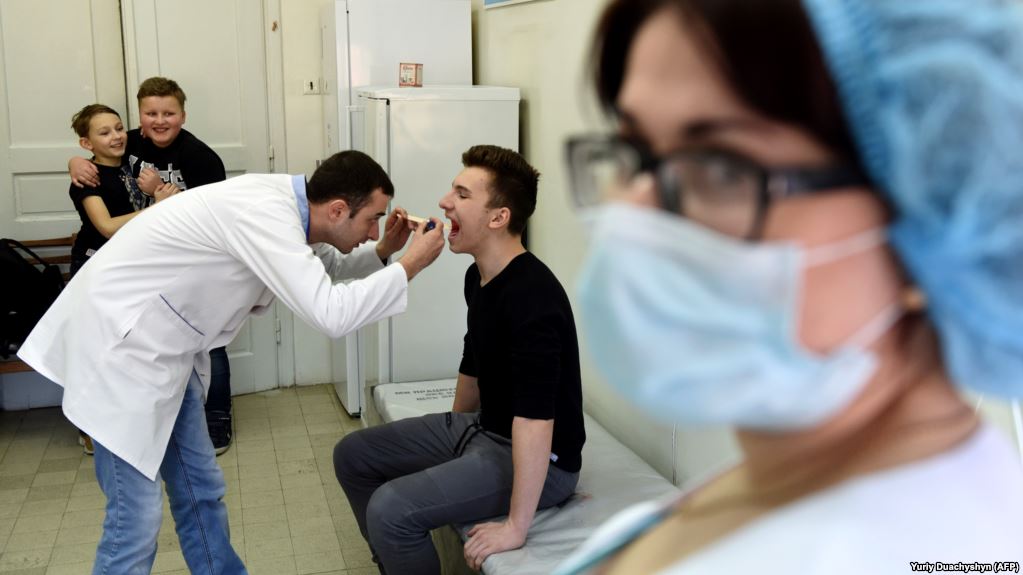 Ukraine suffered the world’s largest increase in the number of measles cases in 2018, some of them the result of the so-called "anti-vax" movement, the United Nations children’s agency says.

A UNICEF report on March 1 said Ukraine led an "alarmingly high” worldwide surge in measles cases, blaming much of it on growing "vaccine hesitancy" that threatens to undo decades of work to get the "highly preventable, but potentially deadly disease" under control.

Health officials worldwide have expressed concerns about the "anti-vax" movement spreading on social media and elsewhere that has raised fears in some adults that vaccinations can be harmful.

"Almost all of these [measles] cases are preventable, and yet children are getting infected even in places where there is simply no excuse," said Henrietta H. Fore, UNICEF’s executive director.

"Measles may be the disease but, all too often, the real infection is misinformation, mistrust, and complacency. We must do more to accurately inform every parent, to help us safely vaccinate every child."

UNICEF said statistics by the World Health Organization showed there were 35,120 cases of measles in Ukraine last year -- a massive rise from about 5,000 in 2017.

It added that, according to the Ukrainian government, 24,042 people have been infected in the first two months of 2019 alone.

The worst-hit area of the country has been the western Lviv region, "where negative attitudes toward immunization, and previous shortages in vaccine supply, have resulted in low vaccination rates."

UNICEF said it has provided ongoing support to accelerate routine immunization across Ukraine to address vaccine hesitancy in the crisis that has claimed 30 lives since 2017.

Serbia was also among the top 10 countries with the highest year-to-year rises in measles cases. The Western Balkan nation had an increase of 4,355 cases from 2017 to 2018. 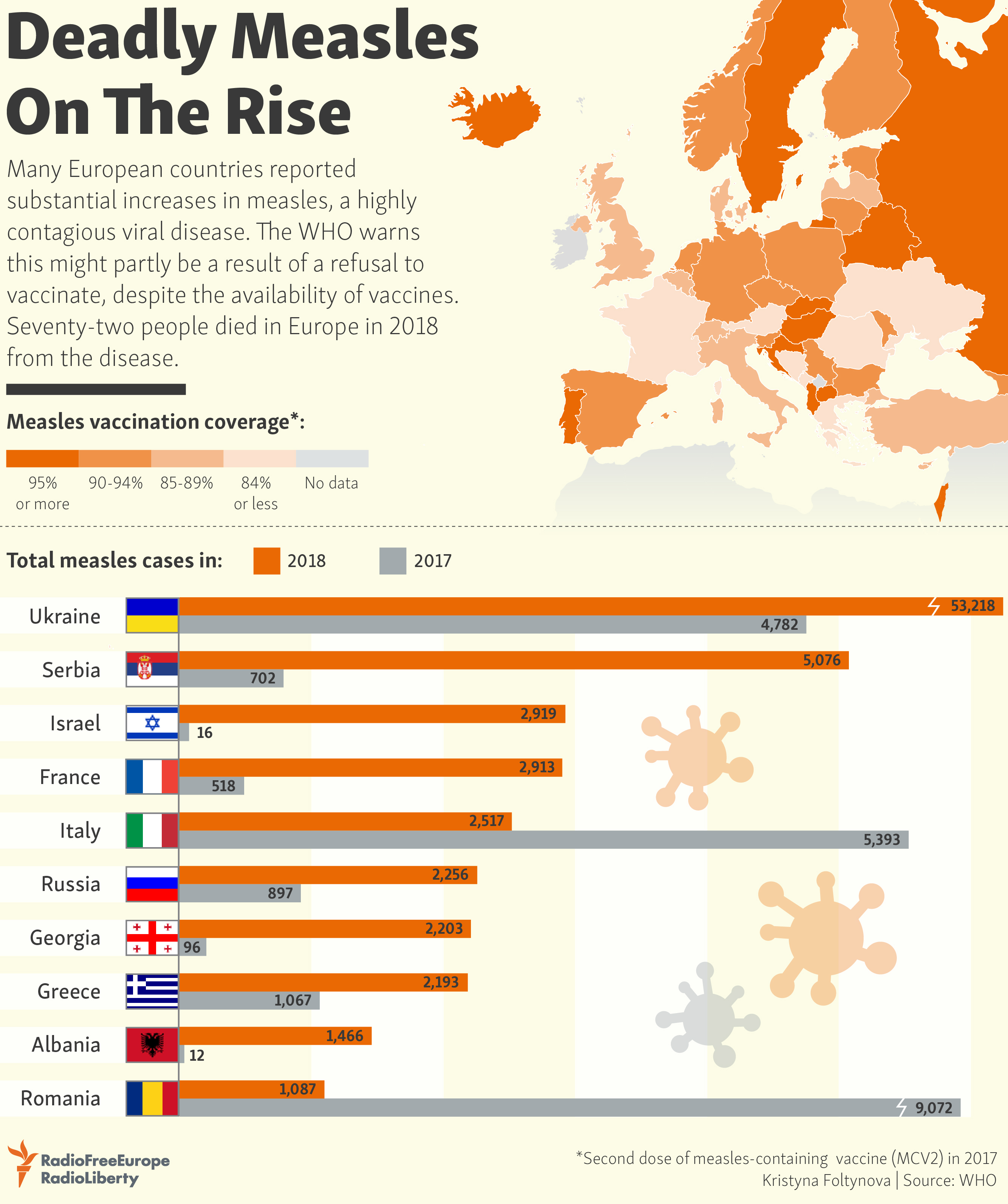 "This is a wake-up call," UNICEF’s Fore said.

"We have a safe, effective, and inexpensive vaccine against a highly contagious disease -- a vaccine that has saved almost a million lives every year over the last two decades."

The new surge in cases has not "happened overnight," she added.

"Just as the serious outbreaks we are seeing today took hold in 2018, lack of action today will have disastrous consequences for children tomorrow."

It said the number of measles cases increased six-fold between 2017 and 2018 in the United States, reaching 791.

The report warned that measles is highly contagious -- "more so than Ebola, tuberculosis, or influenza."

It can be contracted by someone within two hours after an infected person has left a room. It spreads through the air and infects the respiratory tract.

"Once infected, there is no specific treatment for measles, so vaccination is a life-saving tool for children," it said.

Oops, you forgot something.

The words you entered did not match the given text. Please try again.

Start a Free Blog at Webs.com