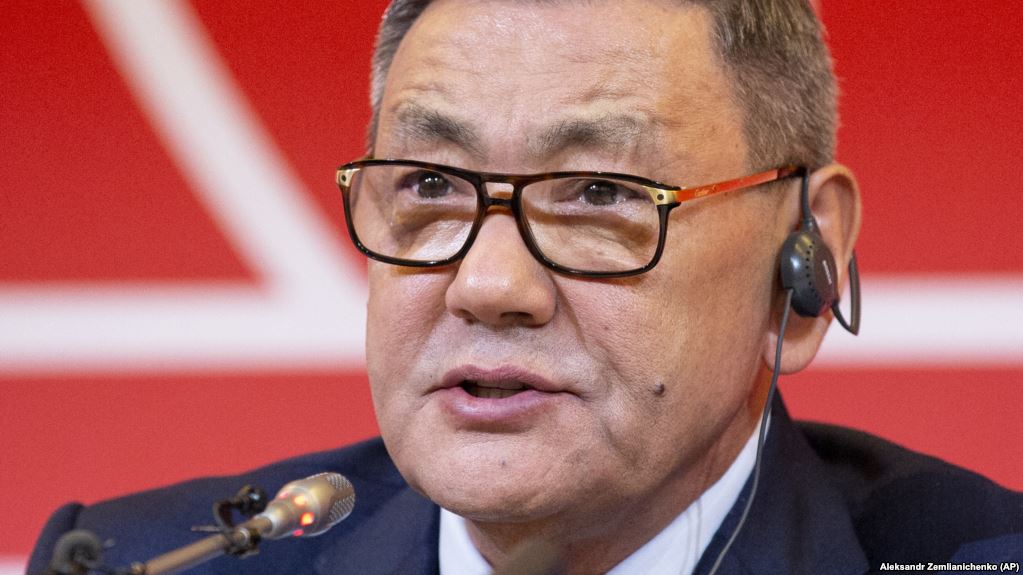 The Uzbek chief of the AIBA -- world amateur boxing's governing body -- has stepped aside amid a dispute with the International Olympic Committee (IOC) to let an interim leader take over.

Gafur Rakhimov, however, said on March 22 that he was not resigning as AIBA president and did not call for new elections to be held.

It was not immediately clear if he would seek to be reinstated after a pending IOC investigation on his leadership is completed.

Rakhimov in November 2018 won 86 of the 134 valid votes at the AIBA congress in Moscow to beat his only opponent, former boxer Serik Konakbayev of Kazakhstan.

However, Rakhimov is on a U.S. Treasury Department sanctions list for alleged links to international heroin trafficking. The sanctions bar U.S. citizens and companies from doing business with him. Rakhimov denies any wrongdoing.

The IOC also criticized Rakhimov's bid to become head of AIBA over controversial judging at the 2016 Olympics in Rio.

There was speculation ahead of the vote that boxing could be kicked out of the Tokyo 2020 Olympics program should Rakhimov be elected.

The status of boxing is on the agenda for the IOC Executive Board in its next meeting, scheduled for Lausanne, Switzerland, on March 26-28.

"Once again, as I have stated before on numerous occasions, I attest and confirm that the allegations against me were fabricated and based on politically motivated lies; I trust that the truth will prevail," Rakhimov said in his statement.

Rakhimov added that under his leadership, "the work done this last year has revitalized and energized AIBA and boxing."

"However, despite these efforts, there have been many discussions these last few months about the future of Olympic boxing. A lot of that was mainly focused on politics and not sport.

"While I had truly hoped and believed that sport and politics could be separated, and that the good work and positive changes being infused into AIBA would be recognized, the politically based discussions have put into question the progress being made throughout the AIBA organization."

Oops, you forgot something.

The words you entered did not match the given text. Please try again.

Start a Free Blog at Webs.com